How to Make a Nomination 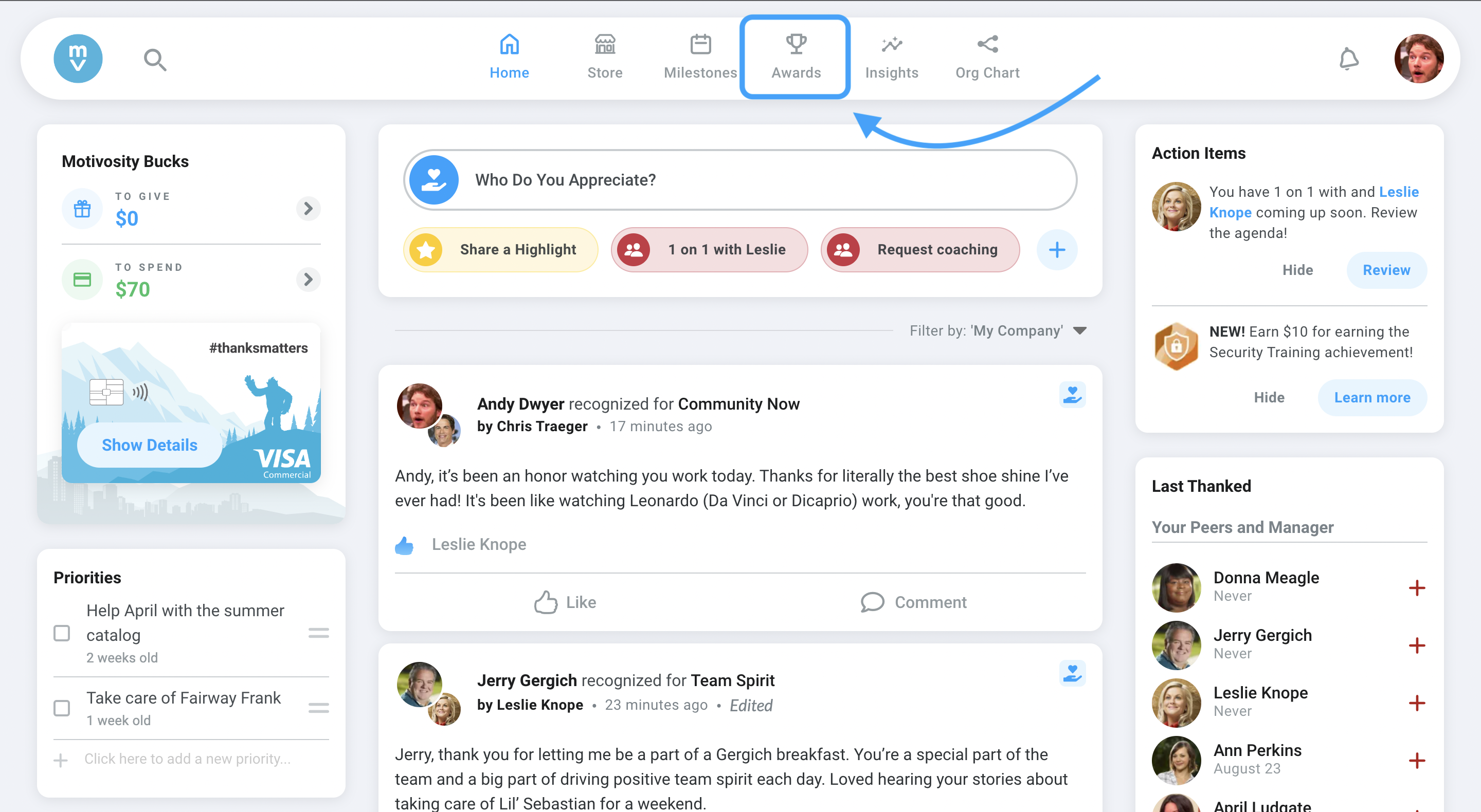 Once you're at the Awards page, please scroll down to 'Company Awards'. From there, start by first selecting the person you'd like to nominate by typing in their first name to have suggestions pop up below.

Note: You cannot nominate yourself. 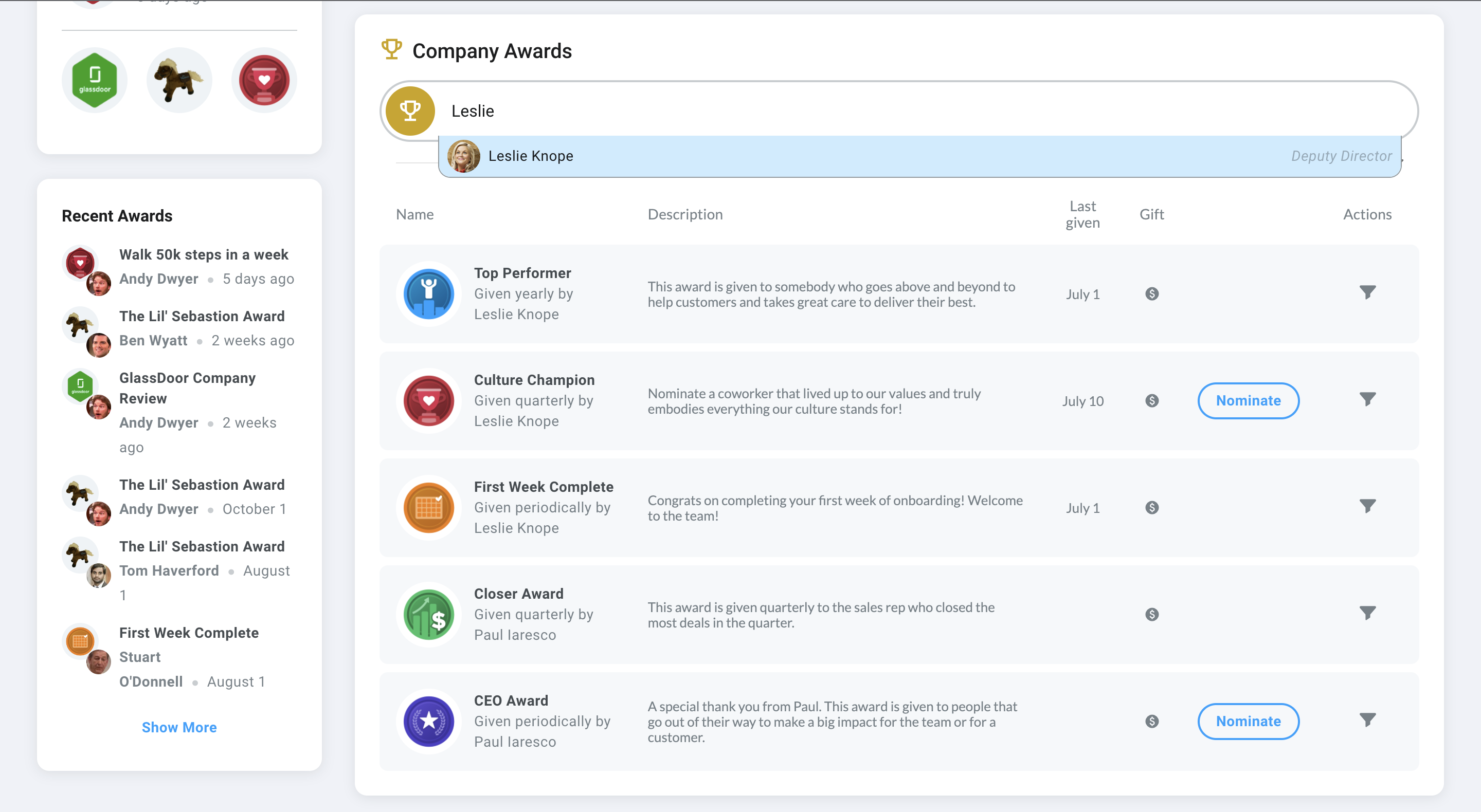 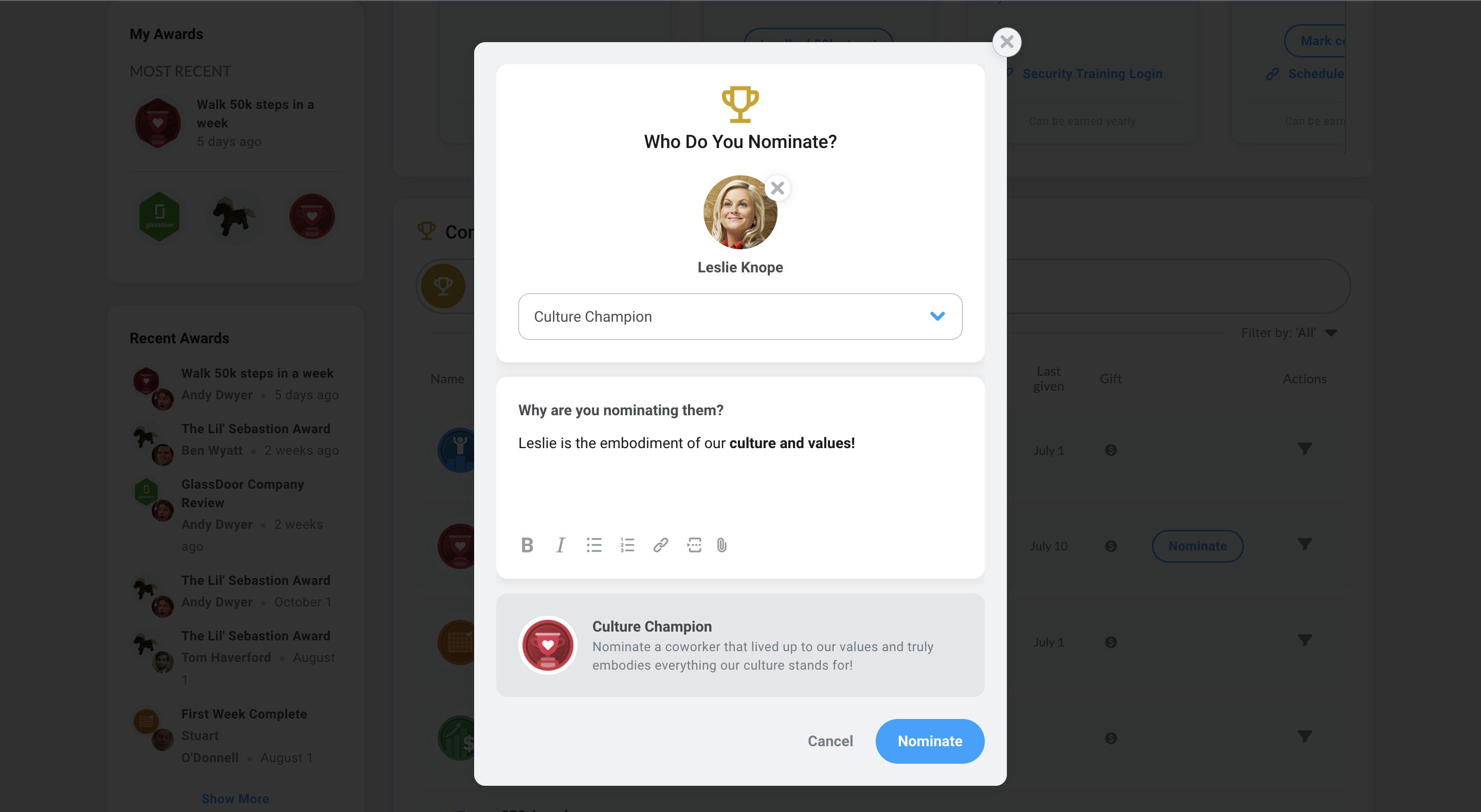 Reviewing Nominations (For Giver of the Award)

Go to the Awards tab and if you have nominations to review you will see a blue "Review Nominations & Achievements" button below the list of awards you give. If you do not see this option displayed it means you are not the giver of the award or there are no nominations to be reviewed. 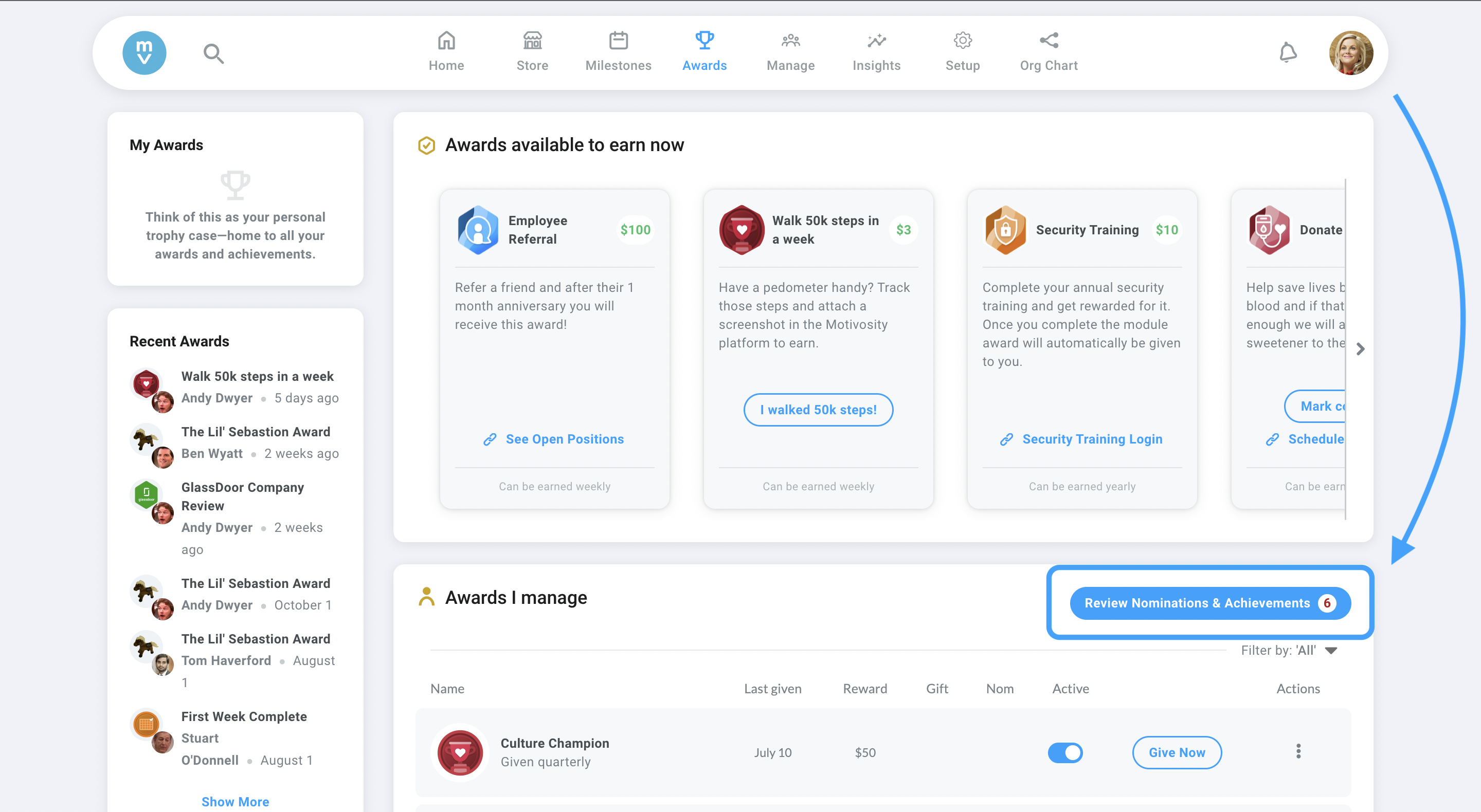 When you click "Review Nominations & Achievements" you will be taken to a page that shows you all the new nominations that you haven't reviewed. 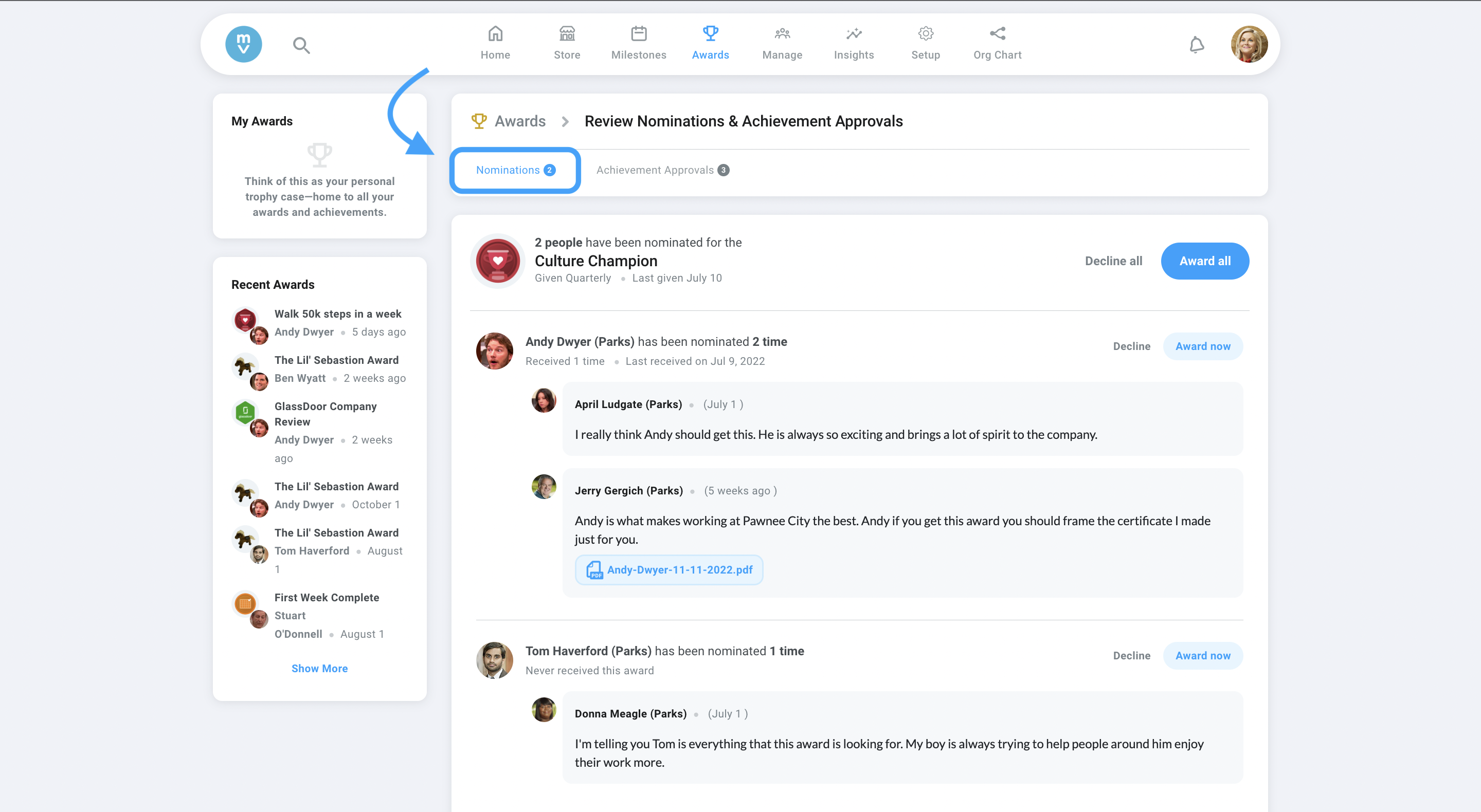 From this page, you can view who's been nominated for which award and to be able to see their description as to why they've nominated the user.

Accept All - Will accept all nominations for a certain award.

Decline All - Will decline all nominations for a certain award.

Award Now - Will award the user individually this award.

Decline - Will decline the nomination of a user individually.

You also have a nominations report found under 'Insights' > 'Awards and Rewards' > 'Nominations', where you will have all the historical nominations saved.