Sweeteners in Motivosity are a way to promote engagement and encourage users to build good habits. Sweeteners are micro-financial rewards that you can set so that users are incentivized to complete certain tasks in Motivosity. When earned, Sweeteners go to the earner's "To Spend" account. Sweeteners are grouped (and will show) by the products you purchased (Recognize, Lead, Listen). They will be shown and explained in this article.

To set up these sweeteners, go to Setup > Recognize, you will see Sweeteners listed. 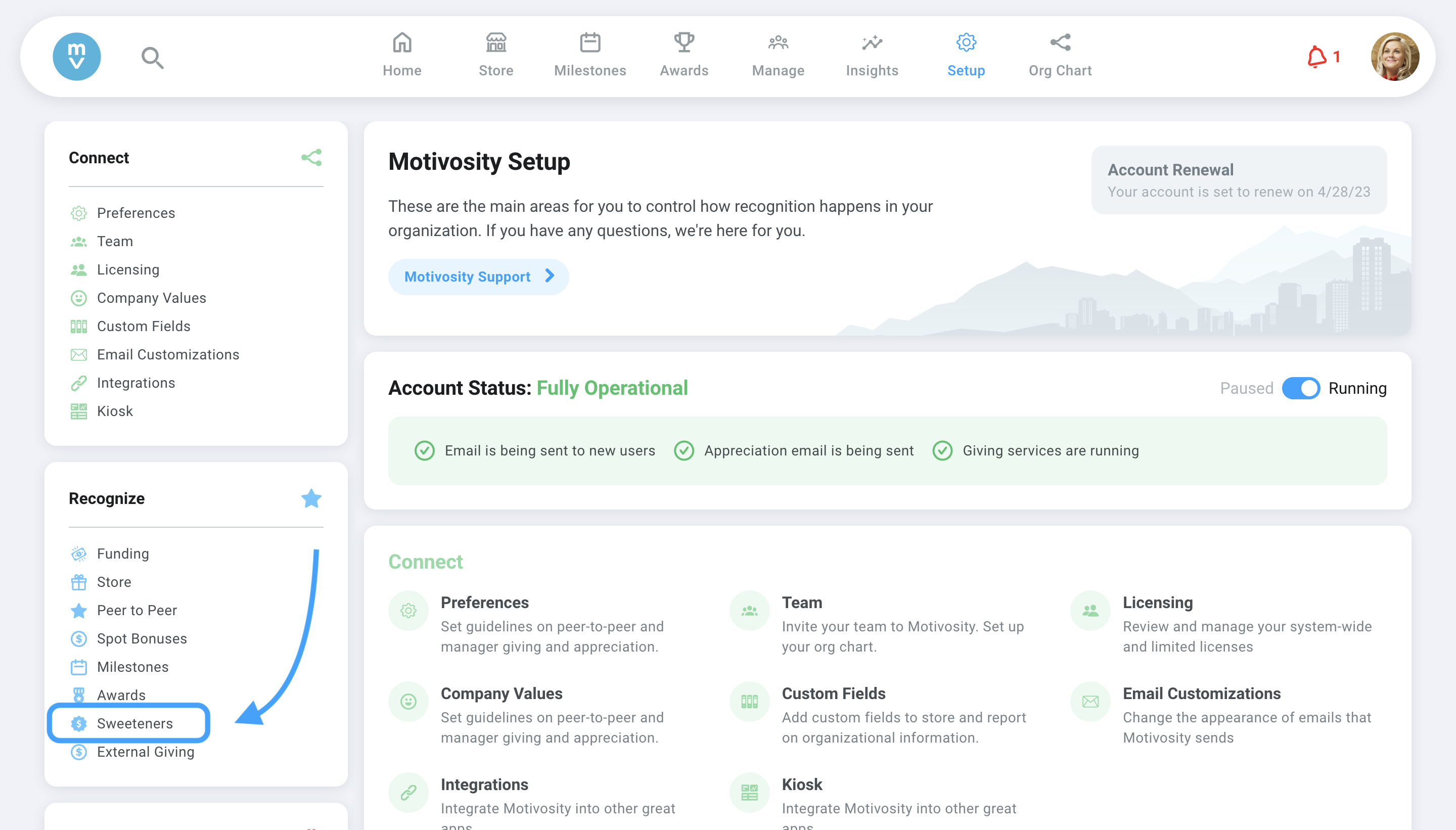 At the top of the page you will see an explanation about the purpose of a sweetener, as well as the Estimated Annual Budget (also seen in other pages throughout setup) with a section for Sweeteners added in. As you make choices about which sweeteners you'd like to use, and how much money you'd like to use as an incentive, you can see the financial impact those choices can have on your Estimated Annual Budget.

Remember, this is just an estimate as the number of users in the system will fluctuate throughout the year, and though you are trying to encourage these behaviors, it is possible that users won't earn the sweeteners.

If you are able to see and use Sweeteners, that is because you purchased our Recognize Product and these are the base Sweeteners that everyone using Sweeteners will have access to.

Admins have the ability to turn on/off any of the Lead Features (1 on 1s, Priorities, Coaching, Succession Planning, Key Players) in the Setup pages, keep that in mind as you are planning sweeteners. For example, you will not want to add a sweetener to Coaching if the Coaching feature has been turned off.

Managers have a lot on their plate, and they may forget to complete some very important tasks that you would like them to complete. Sweeteners encourage Managers to use the tools in Motivosity to effectively guide their team. 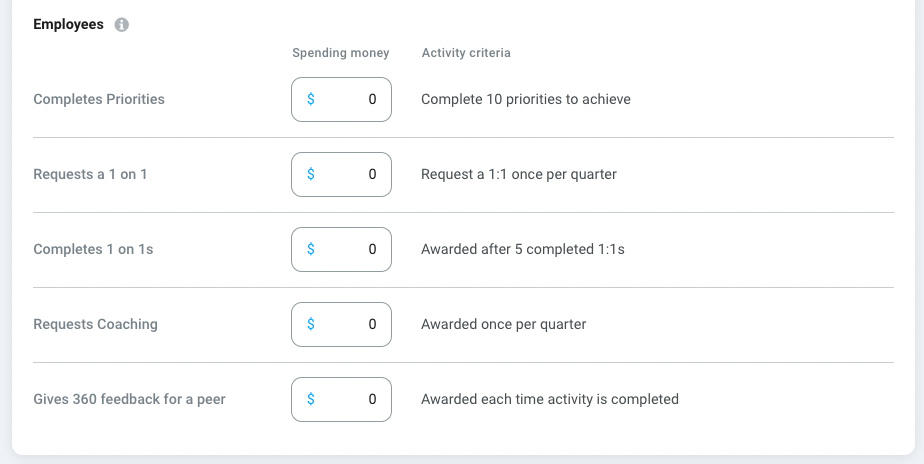 Note: Each of these Sweeteners can be awarded once per quarter (for a maximum of 4 times per year).

Customers who have purchased our Listen License will be able to add a sweetener to their Satisfaction Survey in an effort to encourage employees to take that. These surveys are set up in the Setup > Satisfaction Surveys page and are given quarterly, so this sweetener can be earned a maximum of 4 times per year.

Don't Forget to save at the end!