Below is an example of what the standard survey will look like when users take it. Users can make anonymous comments at the bottom of the survey. In the 'Satisfaction Surveys' report you can review specific comments coming from surveys. The surveys are still anonymous, but department and country information is still available. 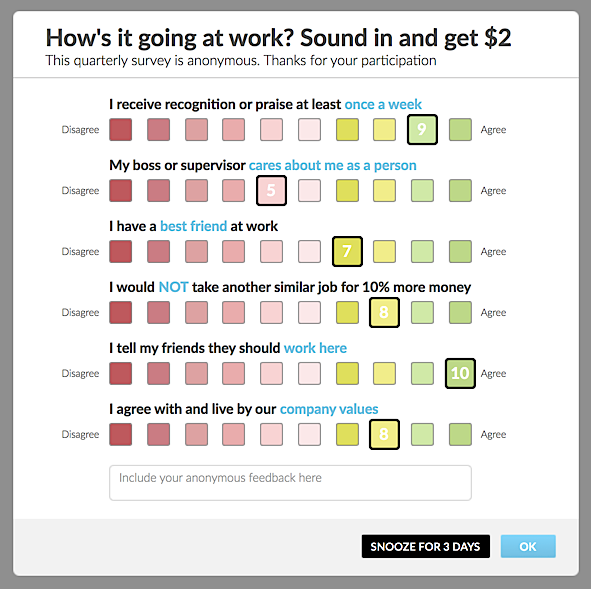 The Surveys dashboard will show the percentage of promoters, passives, and detractors there are for each survey question as well as highlighting your eNPS question in the top left dashboard. You will also see the percentages over the past four quarters. A green number means that you improved over the last quarter, not the benchmark. Likewise, a red number means your percentage is worse than the previous quarter. The benchmark numbers are based off of industry benchmark numbers from a plethora of sources.

This useful dashboard will also highlight the number and percentage of users that have completed the survey. This is also narrowed to participation by department. 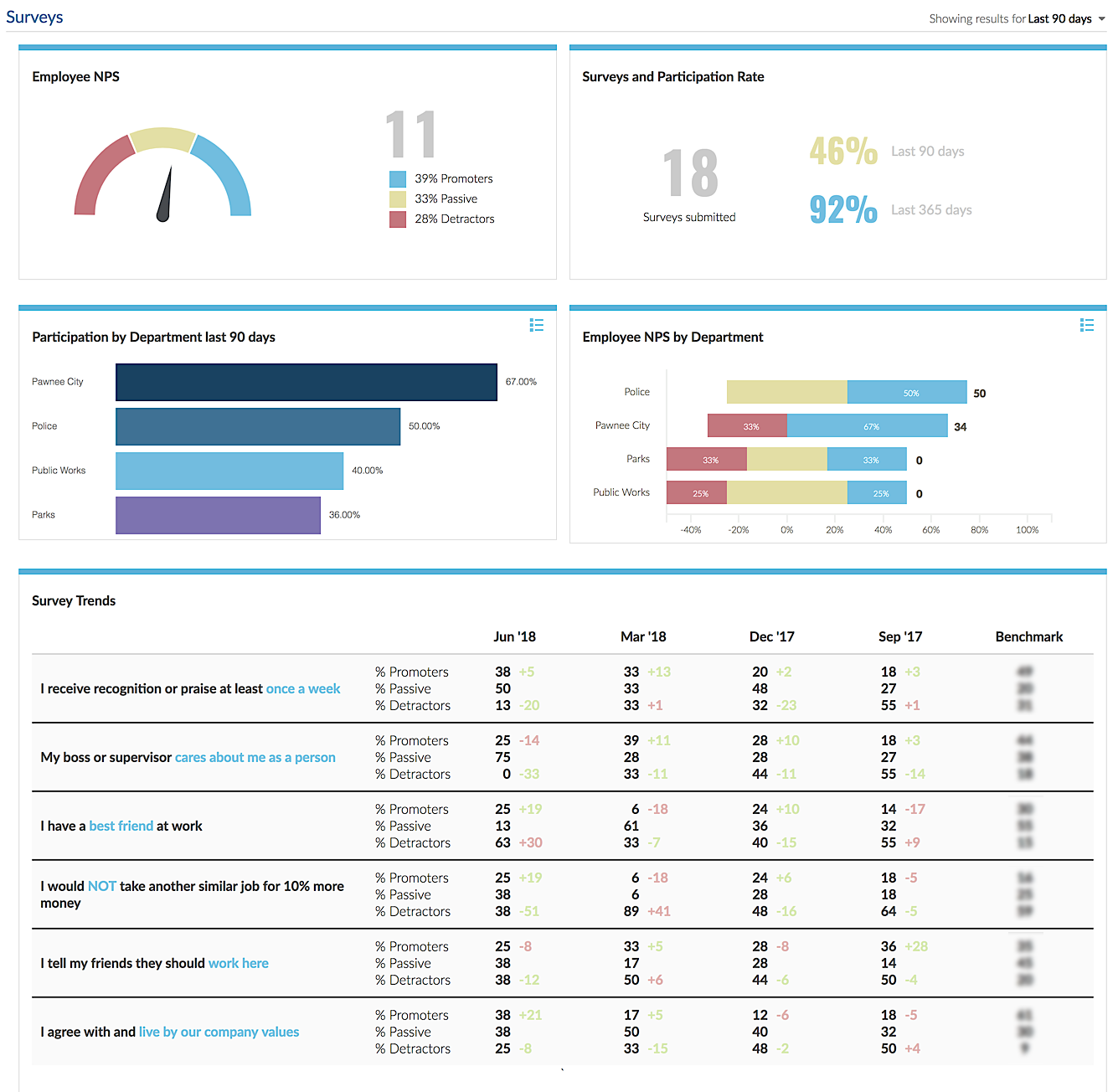