Awards are a fun way to recognize employees for all sorts of things! Awards can be fun, silly, or serious. We hope that you get creative with the awards that you give! 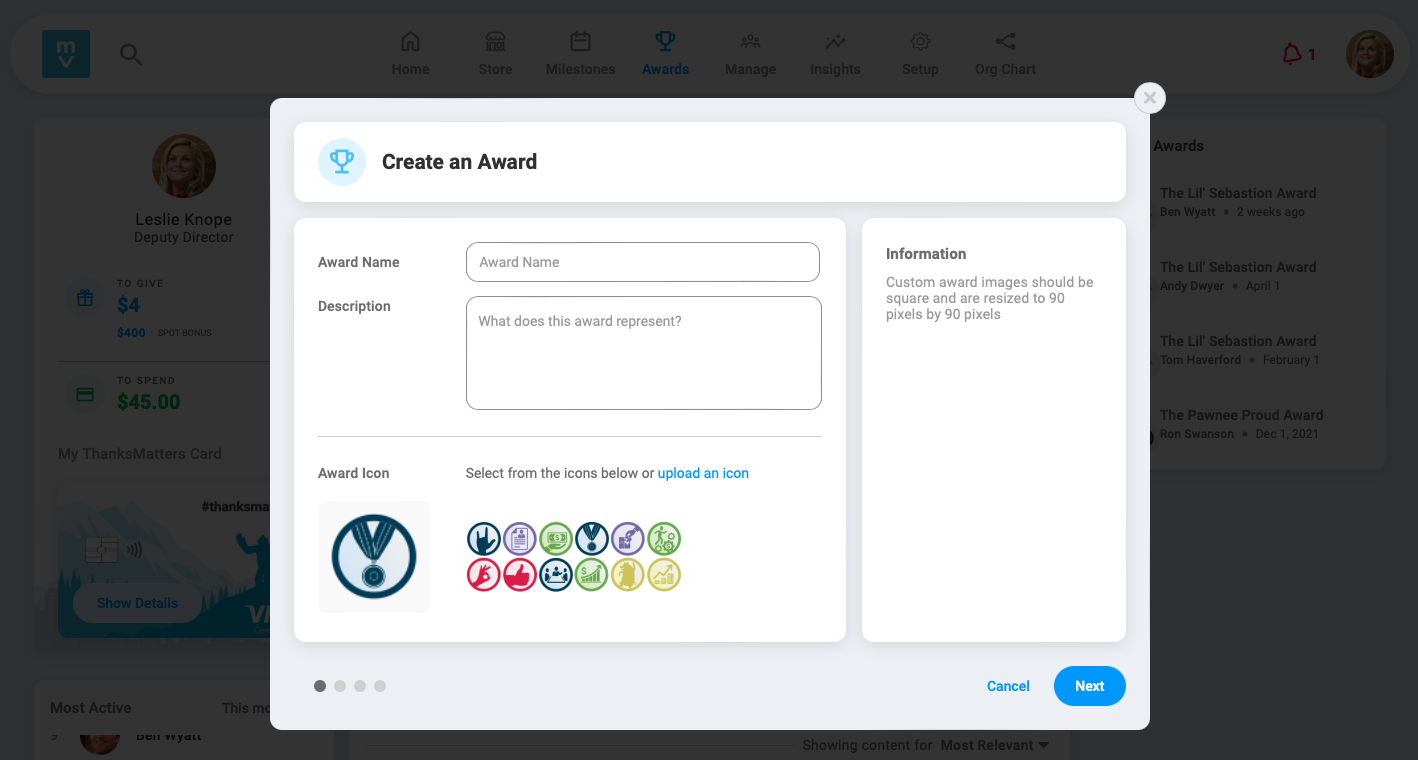 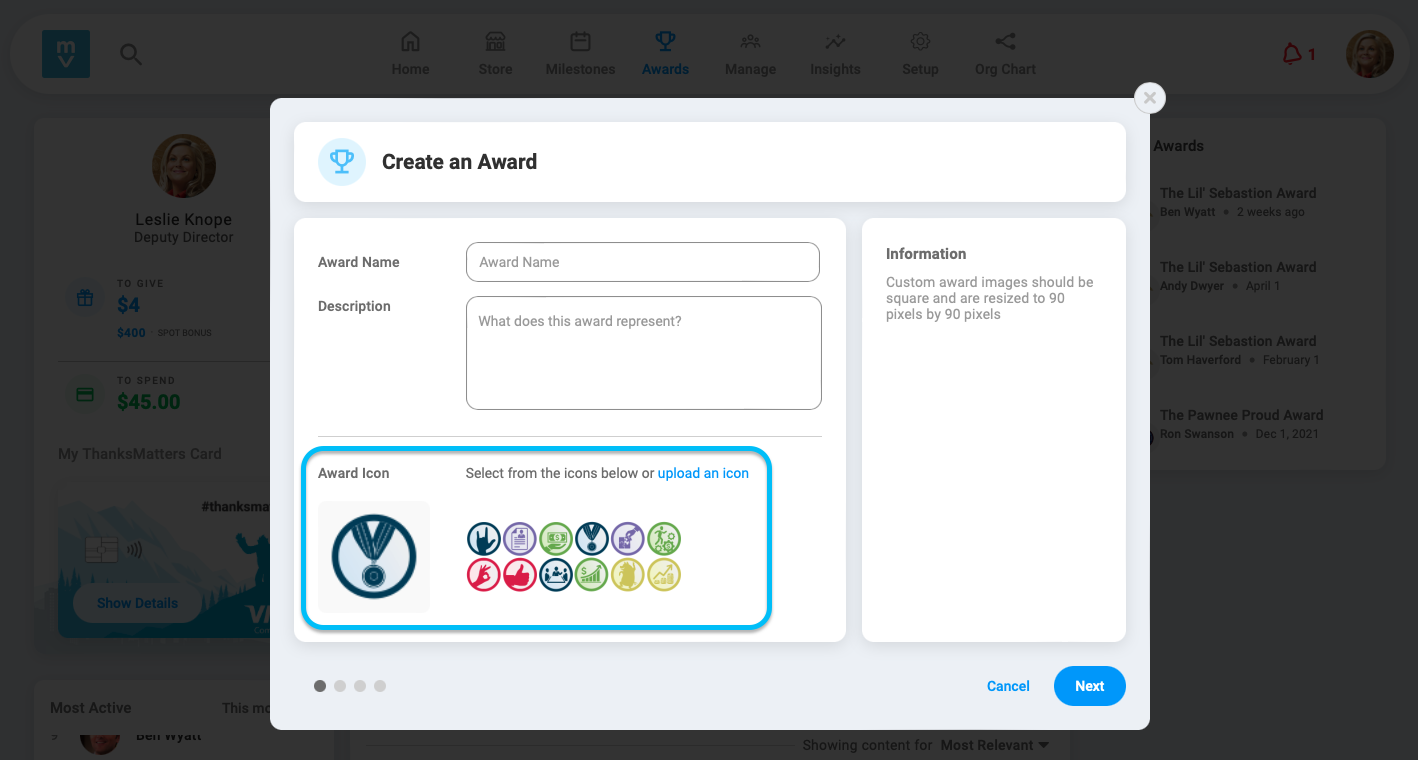 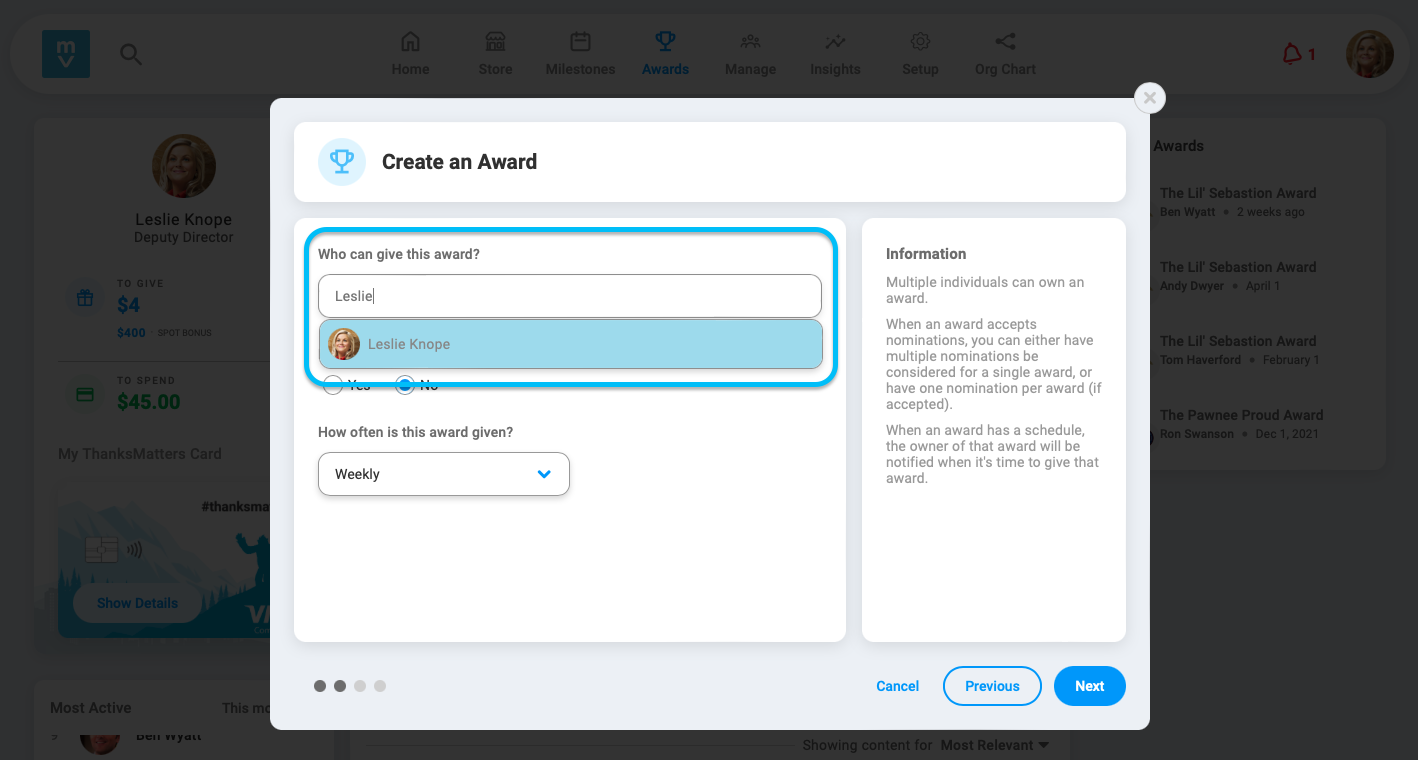 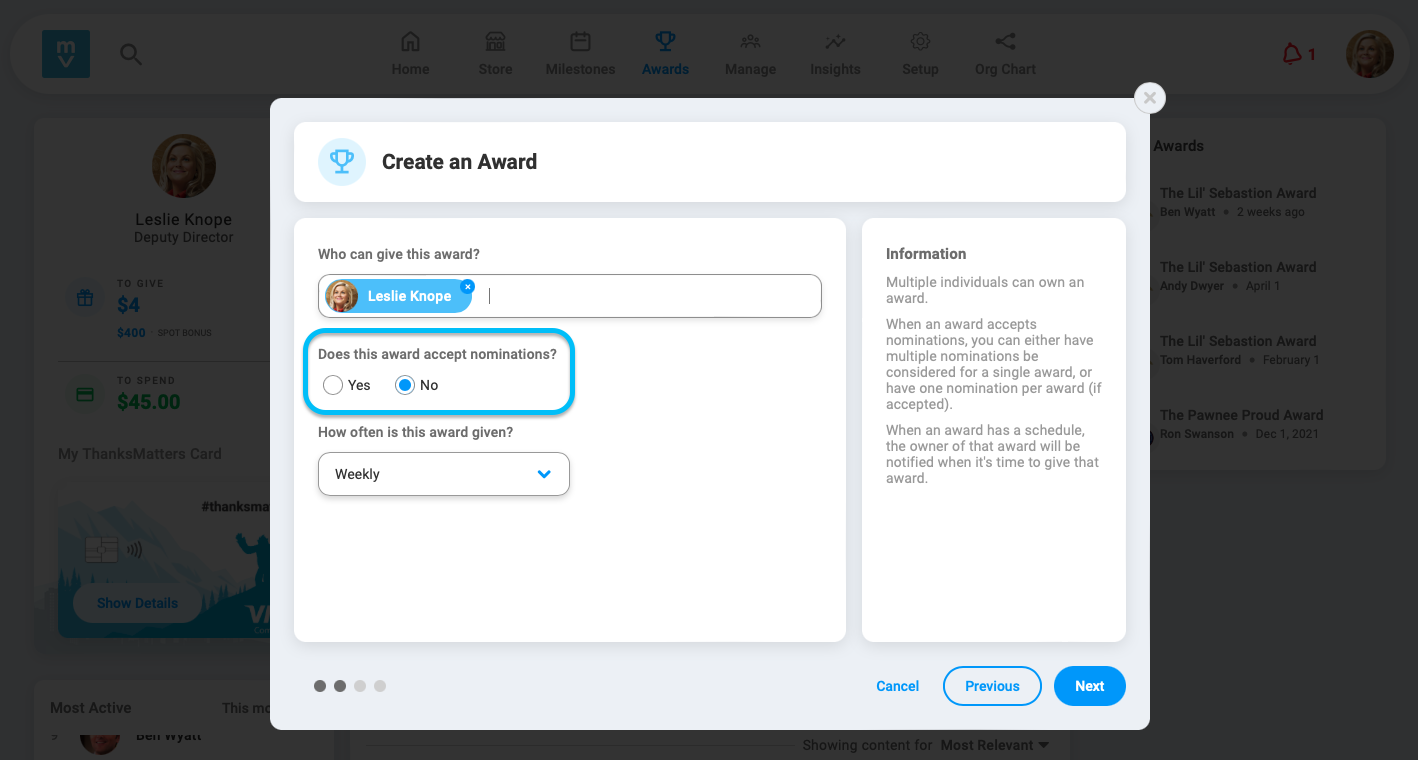 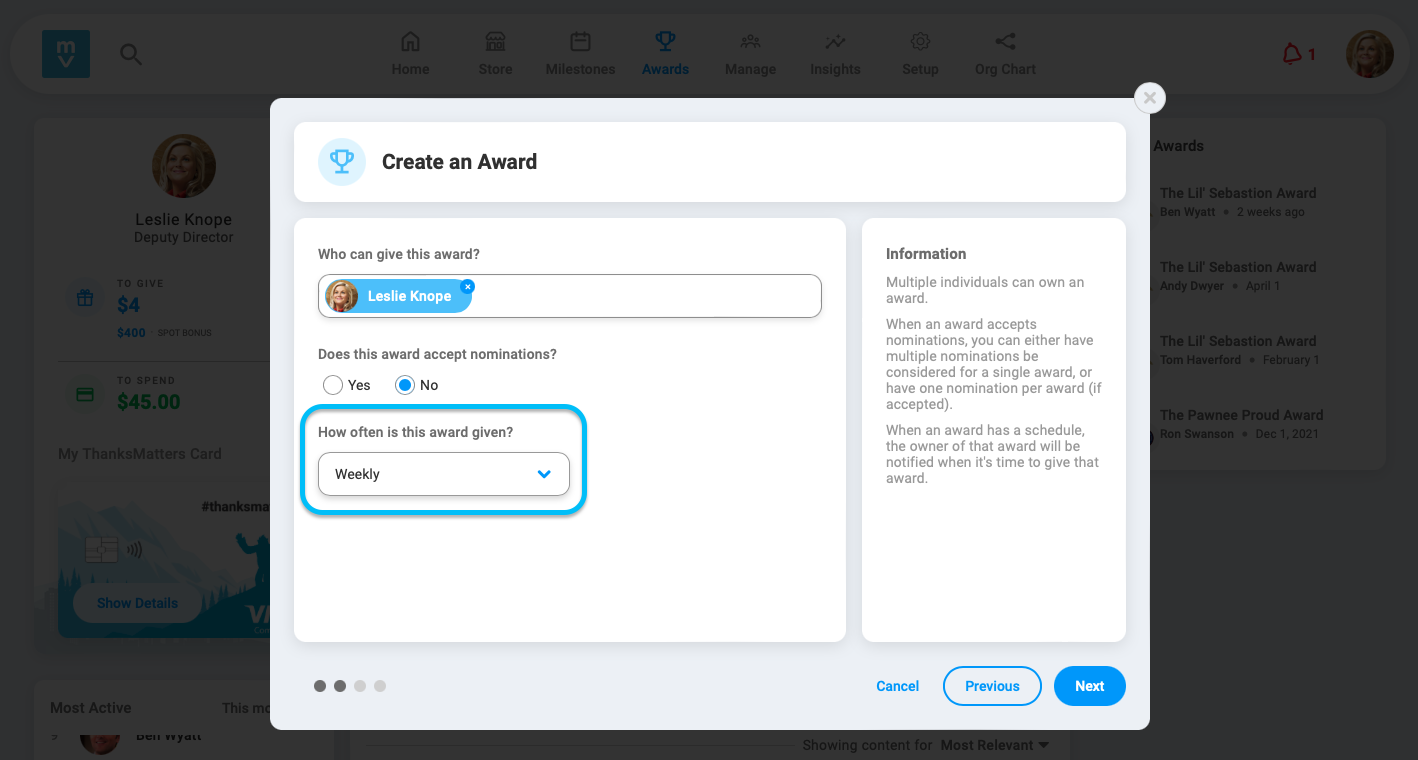 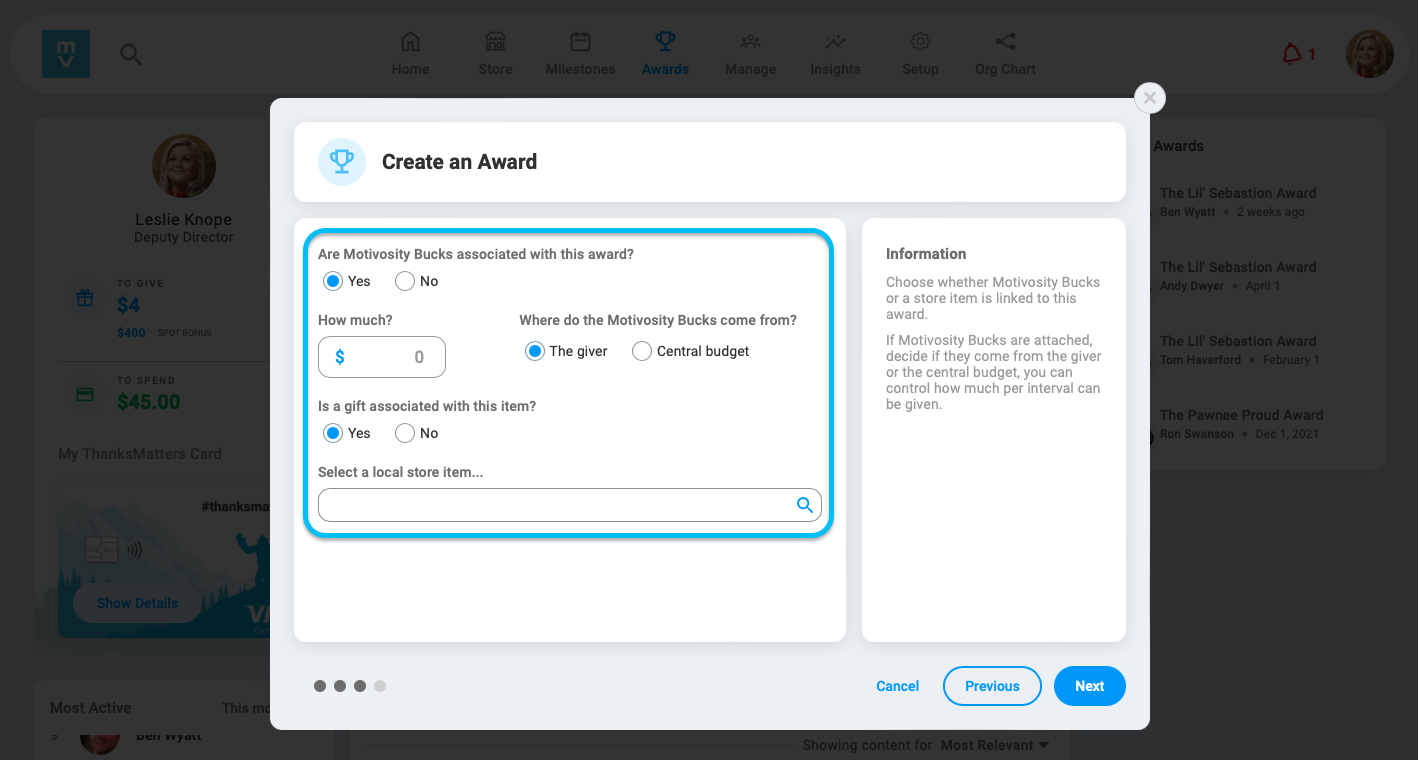 Limiting an Award to a Country or Department 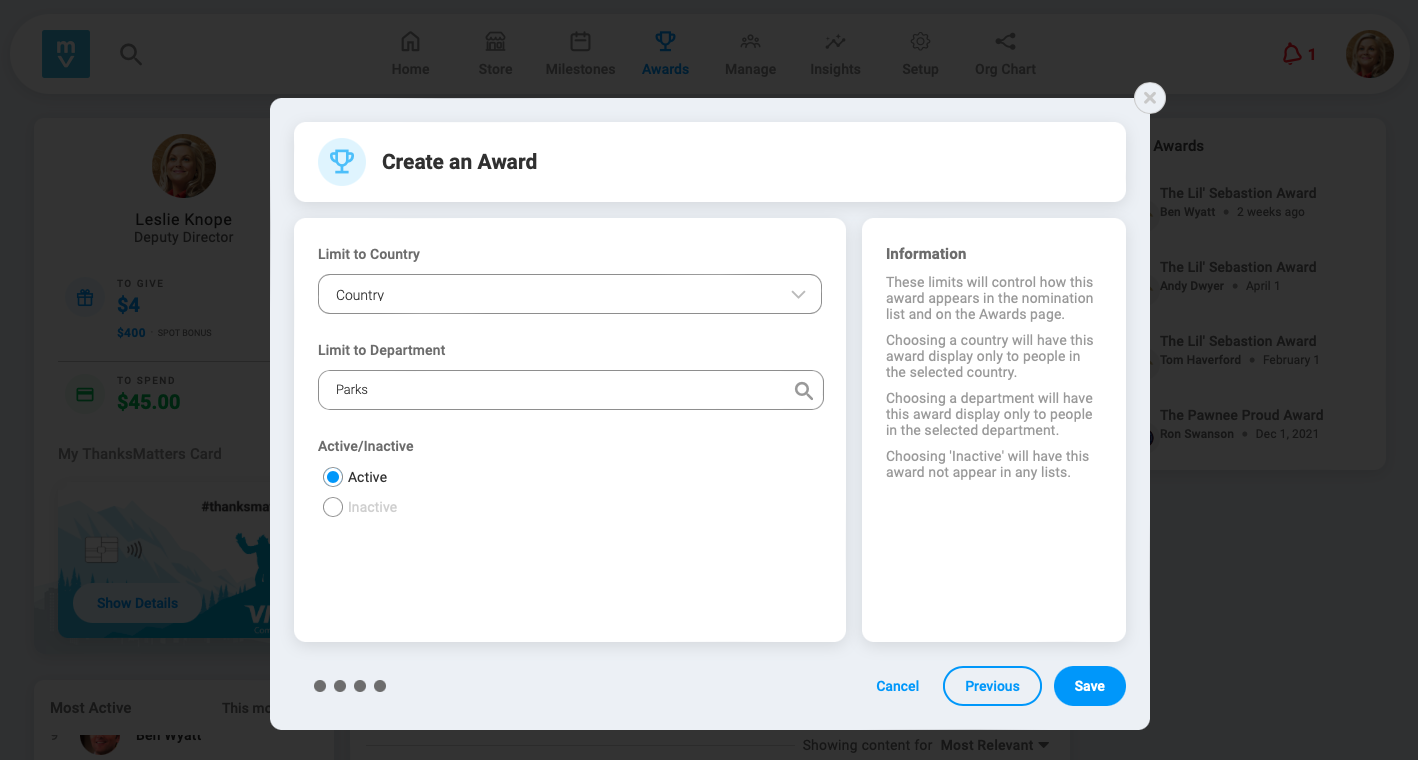 Edit or delete an award

To edit an award, go to 'Setup' -> 'Awards' and click the pencil icon next to the award you want to edit. Remember to click 'Save'! 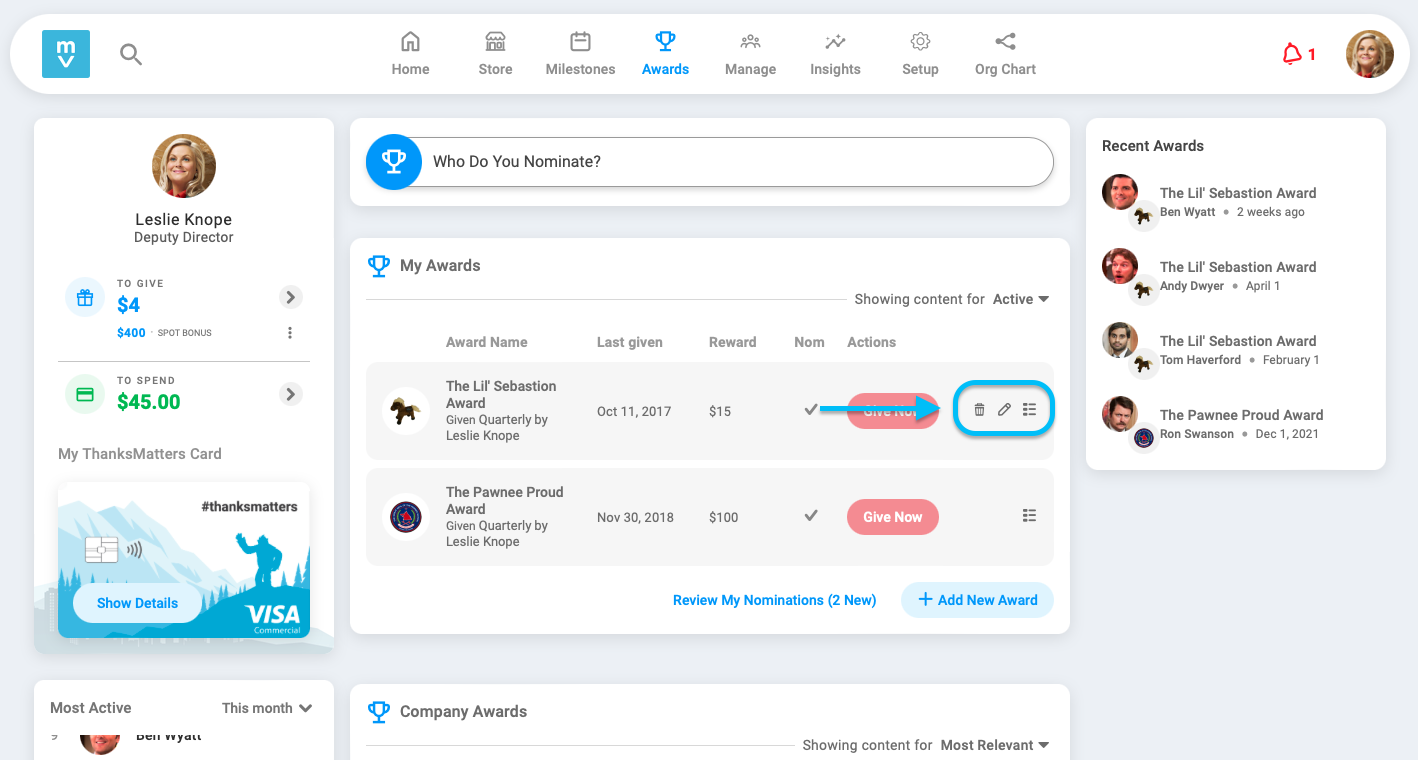 To delete an award, go to this same page and click the trash can icon next to the award you want to delete.